An interesting thing is $w_{t,i}$ can be solved in closed form, thus FTRL-Proximal only stores $z \in \mathbb{R}^d$ in memory. Here is the algorithm: 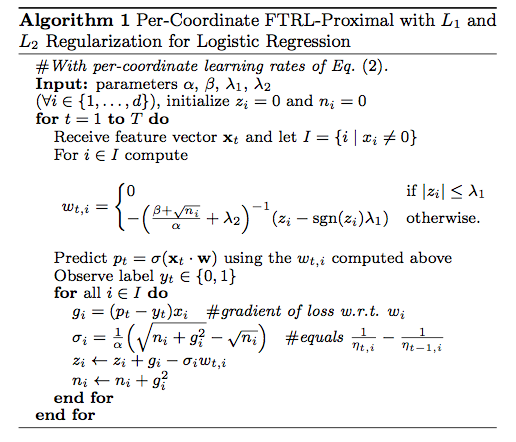 Another interesting thing is that when $\eta_t$ is a constant value $\eta$ and $\lambda_1 = 0$, it is easy to see the equivalence to online gradient descent.